Find out about Herbarium, Seed Banks and Fungarium
​in botanic gardens, mueums and botanical and horticultural societies around the world
Banner Image: Inside the Old Herbarium Building at Kew - where lighting used to be by gas lamps!
Matthew C. Pace, assistant curator at the Steere Herbarium at The New York Botanical Garden, explains what you need to know about herbariums.
GO TO: Basic Plant Collecting and Pressing for a series of videos outlining how you too can start your very own a Herbarium!
BUY THIS BOOK
The Pressed Plant: The Art of Botanical Specimens, Nature Prints, and Sun Prints

from Amazon.co.uk
The Pressed Plant

How to press, dry, mount and preserve plant material

After collection and pressing, the next step in preserving a specimen is to make sure that all the moisture is removed from the plant. Any moisture remaining in a collection can result in the eventual rotting of that specimen, rendering it useless for scientific purposes. In a herbarium, plants are dried in a forced-air plant drier that approaches temperatures of 100°C.
Pressing and Drying | Plant Collecting: How-To | The Botanical Research Institute of Texas

The best conditions for storage include low temperature (from 50–65ºF), low humidity, low light, and infrequent handling. Roaches and certain beetles will destroy plant specimens. You can kill insects in dried plant specimens by freezing them for three or four days, and keep them pest-free in a tightly-sealed plastic bag.
Preservation & Storage | Plant Collecting: How-To | The Botanical Research Institute of Texas 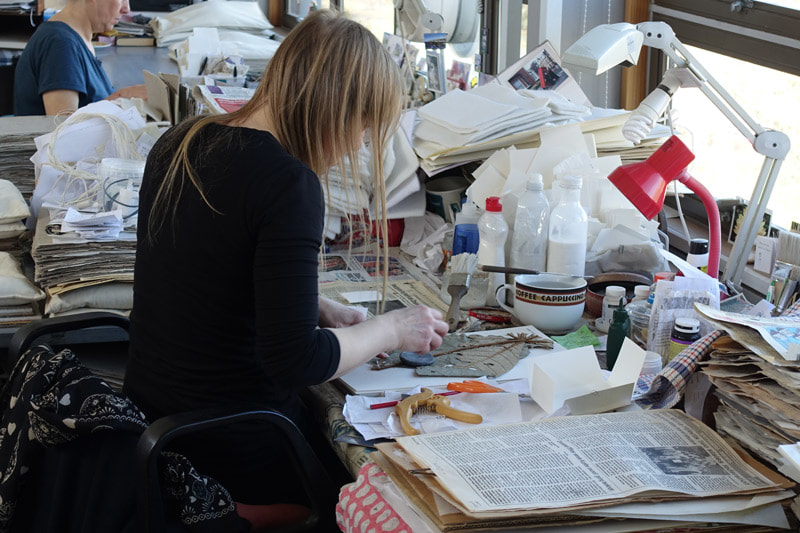 Mounting specimens for storage in the Kew Herbarium from parcels received from collectors in the field. Newspaper is a readily available material world which helps to dry a plant specimen when it goes into the plant press in the field.
Filmed in the Herbarium of the Royal Botanic Garden Edinburgh, this video provides an introduction and practical guide to the art of mounting pressed, dried plant specimens for scientific study.
Covers how to attach plants to a mounting card and a simple collection storage option. (Suitable for children)

Display of different Mounting Techniques in the Herbarium at Kew Gardens

Herbariums, Fungariums and Seed Banks - in the UK
​

Botanic Gardens in the UK - England
​

The Royal Botanic Gardens, Kew
​
The Kew Gardens Herbarium has more than 7 million specimens collected from all over the world which represent nearly 98 per cent of all of the genera in the world. The oldest specimen dates back to 1696.
​
Besides being a basis for research, the herbarium also provides the raw pressed plant material for scientific botanical illustrations.​

The first video (below) explains the history of the Herbarium at Kew Gardens. Originally named Hunter House, the 18th century building was occupied by the King of Hanover until his death in 1851.
This next video provides you with a tour of the Kew Herbarium.
The next video (below) explains the purpose of a Herbarium.  The Kew Herbarium concentrates on the floristics of non-temperate parts of the world, British and world non-lichenized fungi, grasses and orchids

Storage of Seeds and Fungi
​

The Millennium Seed Bank Library at Wakehurst Place in Sussex ("Kew in the country") stores material on seeds, plant physiology, seed storage and seed germination. The work of this seed back involves collboration with various Botanic Gardens all over the world.
The Fungarium at Kew was founded in 1879 provides access to an estimated 1.25 million specimens of dried fungi
The video below explains how Kew produces Seed Guides for different species in different parts of the world using the informstion from specimens housed in the Kew Herbarium.

Botanic Gardens in the UK - Scotland
​

Herbaria of Botanical and Horticultural Societies in the UK
​

The British and Irish Herbarium is one of the most comprehensive collections of plants from a particular area anywhere in the world.

Herbarium in the USA
​

Herbarium in Botanical Gardens in the USA​
​

Denver Botanical Gardens
A time lapse video of what it takes to create new and storage meeting contemporary standards for a herbarium
​With support from the Institute of Museum and Library Services, the herbaria received new storage that will allow for 20 years of plant and fungal collection growth. The Sam Mitchel Herbarium of Fungi is the most active and largest macrofungal herbarium in Colorado.
New York Botanical Gardens
Barbara Thiers, Ph.D., Director of the The William and Lynda Steere Herbarium at the New York Botanical Garden, reveals the inner workings of this unique collection of over 7 million dried plant specimens.

Herbarium in Universities in the USA
​ 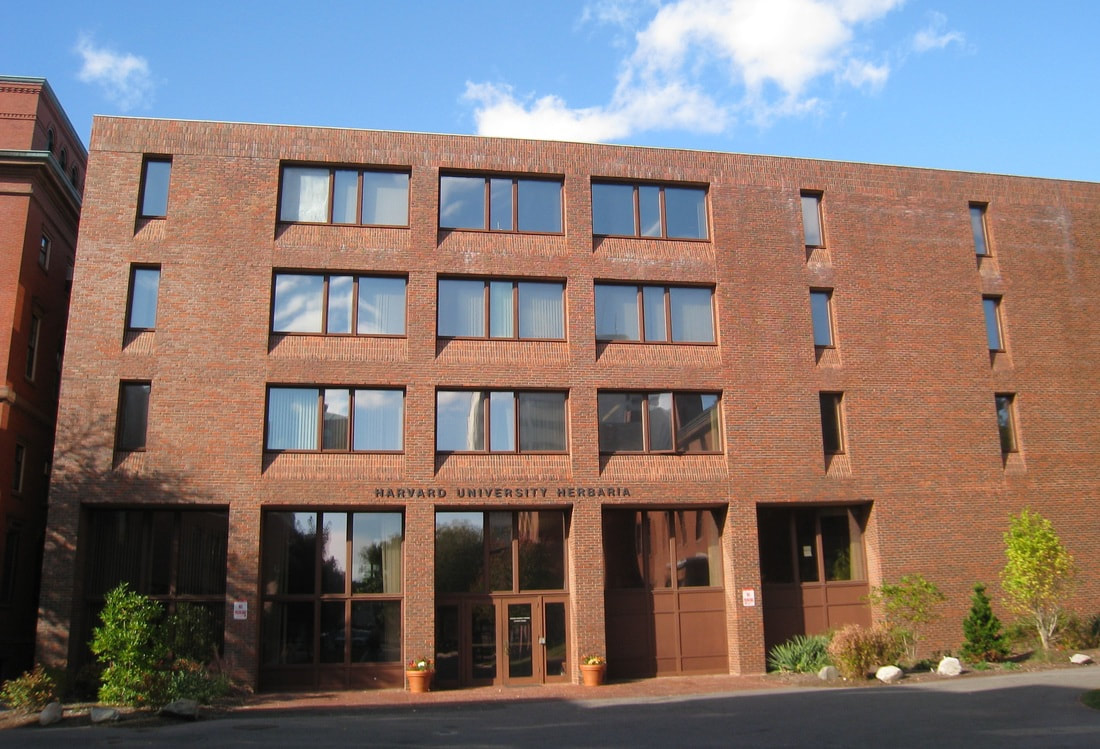 Herbarium and collaborating institutions in the USA
​