Florilegium Societies and Other Groups

This page lists various Florilegium Societies and other Botanical Art Groups
that exist to develop and display artwork related to flowers, trees and plant life in general.
​

​The Florilegium Society at The Royal Botanic Gardens & Domain Trust
​ 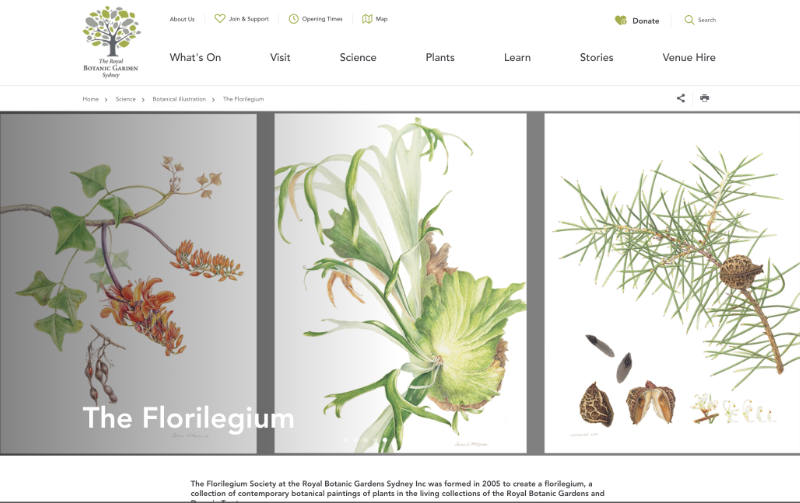 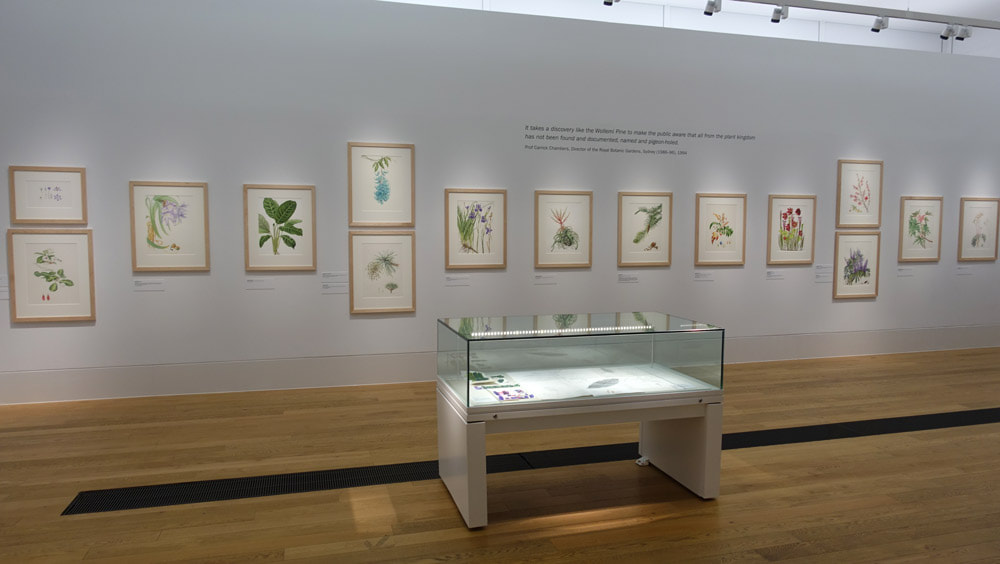 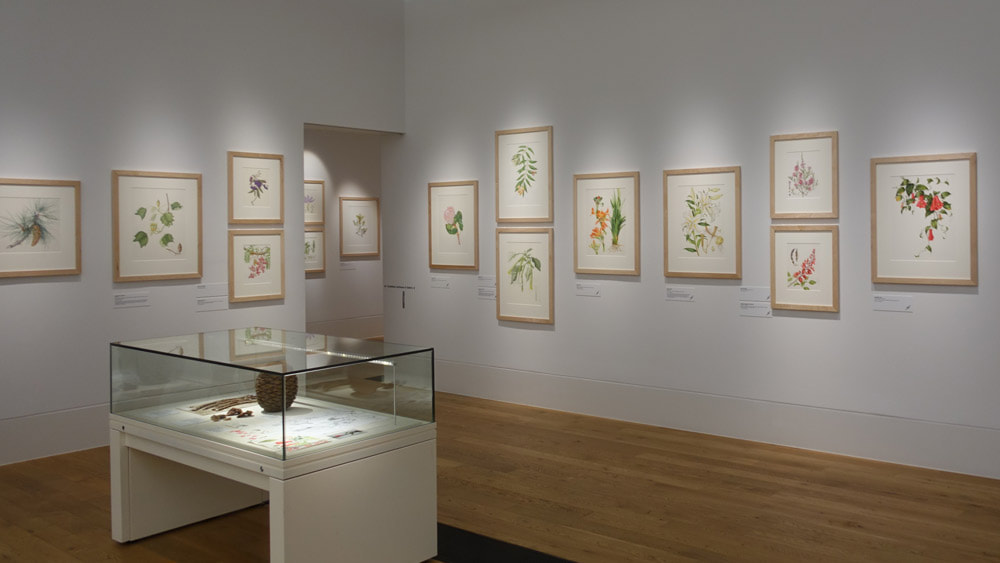 Formed: 2012
Website: no website but page 4 of this link provides more information
Facebook: ​Occasional posts about the Art Group on the Facebook Page for the Botanic Garden
Aim: The group developing is a collection of works to record local flora represented in the gardens.
​Meets once a month in the gardens for a day of sharing, drawing, painting and learning.

The Grootbos Florilegium has been headed up by lauded botanical artist Vicki Thomas, Grootbos resident botanical artist Chris Lochner and Sean Privett, the Grootbos Foundation Conservation Director. (Sibinelo) Chiliza and (Liberty) Shuro, along with other contributing artists, were taken out into the Grootbos Nature Reserve to select specimens of fynbos for painting with the assistance of Privett and Thomas. Their paintings, along with 40 other local and international artists, form the basis of the Grootbos Florilegium collection of over 120 individual works, which will soon be housed in a custom-built art gallery on the reserve.

whereas the Florilegia of the 17th Century were created to portray the beauty and novelty of those plants brought back from the expanding colonies, the modern Florilegium may be seen as a conservation tool, instrumental in recording for posterity collections of plants within a chosen garden.
Anne-Marie Evans, Honorary President of the Chelsea Physic Garden Florilegium Society and an important promoter of the development of florilegia in the UK 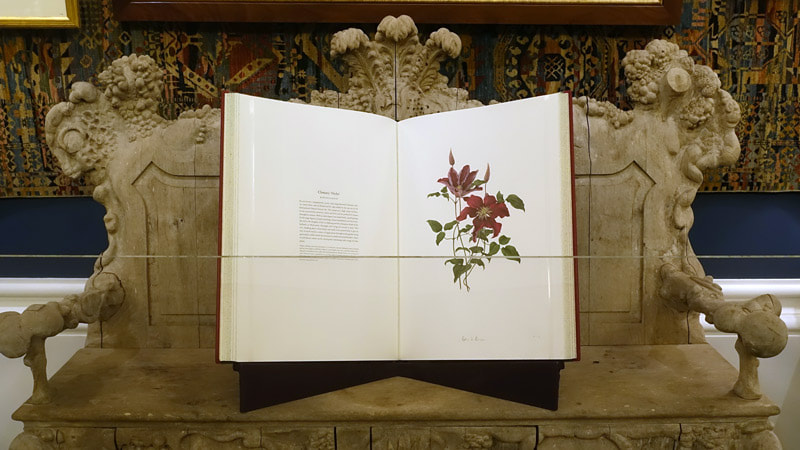 The Highgrove Florilegium - on display at the Prince and Patron exhibition at Buckingham Palace to celebrate HRH Prince of Wales's 70th Birthday
​I've written about it three times
I've seen it twice in recent times. Once on the large footstool in front of the fireplace in the Drawing Room at Clarence House. Again, the the Prince and Patron exhibition (Summer 2018) at Buckingham Palace to mark the Prince of Wales's 70th Birthday.
THE CONTRIBUTING ARTISTS
The contributing artists are no longer listed on the publishers website(!) - so I'm redressing the balance as to who actually created the book here.

Location: Cornwall
​Website: http://epfs.org.uk
Founded: 2000 by Mally Francis (Chair 2001-2012).
No. of artists: more than 25 Painting Members
No. of paintings in Florilegium Collection: c.100 paintings - you can see images of all the paintings online on their website
​​Aim: The Society has a number of aims: ​This Society has an interesting website with lists of plants and painting guidance for assessment of

Panoramic view of the Eden Project and the Biodomes
NEW! A Coming of Age: Celebrating 18 Years of Botanical Painting for the Eden Project
by The Eden Florilegium Society (Author: Ros Franklin)

​“Each artist donates their time and their paintings generously to The Archives and The Trustees of The Eden Project. In gratitude and in order to acknowledge their generosity, skill and talent, this book has been written and compiled to help bring their work to a wider audience and demonstrate the quality of botanical illustration held by the Trustees. I hope it inspires our current members (of which there are 22 actively painting) to continue to paint and document this inspirational collection of plants, and others to join. This is my gift to these very special people.”
Ros Franklin, Chairman of the ‘Flori’. 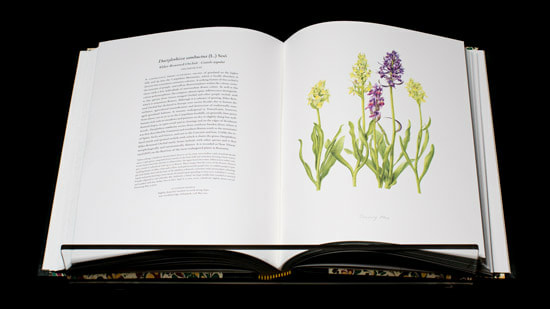 The project was unique in many ways, particularly highlighting the importance of conservation of wild flowers with regard to farming methods. As a botanical artist I feel our work has an important role to play in portraying biodiversity. Images are a powerful means of communication.
Vicki Thomas

THE CONTRIBUTING ARTISTS
You can see a video of the exhibition and HRH Prince of Wales visiting to meet both the artists and the publishers of the Book at the The Romanian Cultural Institute.  For more information about the artists see my May 2018 blog post listed above 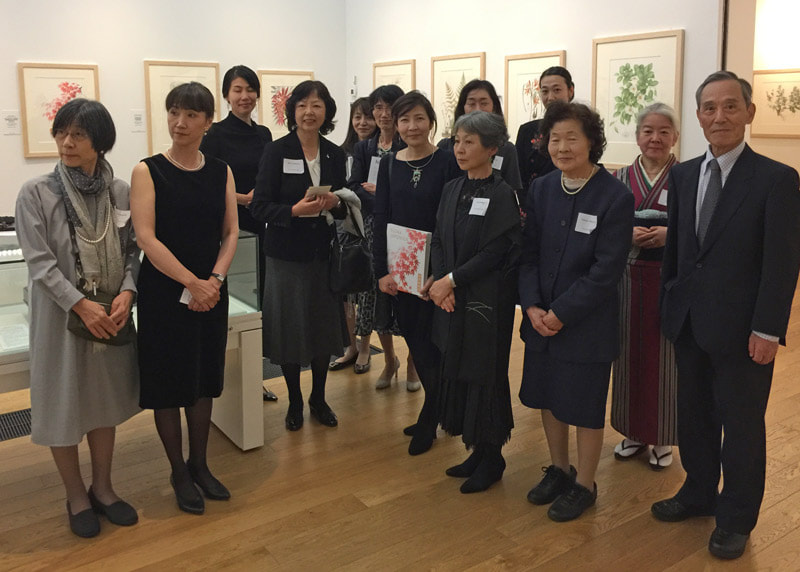 Japanese artists contributing to Flora Japonica - at the opening of the exhibition at the Shirley Sherwood Gallery at Kew Gardens
Flora Japonica
by Masumi Yamanaka, Hideaki Ohba and Martyn Rix
​

The remainder of the Florilegium are organised by Region within the USA.
​
PACIFIC

Native Plants of the Mid Atlantic
​

Location: DC/MD/NJ/NY/NC/PA/VA/WV
Website: ​​None (closed)
The initiative is not formally called a Florilegium. It was an initiative of the Botanical Artists for Education and the Environment.
Founded: incorporated as a nonprofit corporation in 2011. The organisation wound down at the end of 2018
No. of artists: 41
No. of paintings in Florilegium Collection: 60 (published to date)
​Aims: The aims are to: At the suggestion of and with the encouragement of Anne-Marie Evans, their teacher and mentor, they created an award-winning book in 2014 titled Native Plants of the Mid-Atlantic. (see below).

More and more botanical artists are forming small groups for the purposes of exhibitions and selling art.  It's common for these groups not to be open to all artists and for there to be some sort of underlying networking bond between participating artists

Roath Botanic Garden Artists
Formed in 2010. Celebrates the plant life of Cardiff's parks and wild places through traditional botanical illustration and more contemporary work (No website but they do have a Facebook page)

Botanical Illustrators of the Royal Botanical Gardens Melbourne
This group is known locally as the Whilybirds.

Back to ORGANISATIONS
Back to BOTANICAL ART AND ARTISTS