Francis (Franz) Bauer was employed at Kew Gardens as the 'Botanick Painter to His Majesty'.
He is rated by Wilfrid Blunt as the greatest botanical artist of all time

They learned that botanical draughtsmanship demands understanding of the plant figured, even down to minute detail, as well as its portrayal with accuracy and grace; thereby they were initiated into the intricacies of plant form. Under such supervision they became accustomed to p[recise observation and developed superb techniques for drawing and colouring.
The Orchid Painting of Franz Bauer 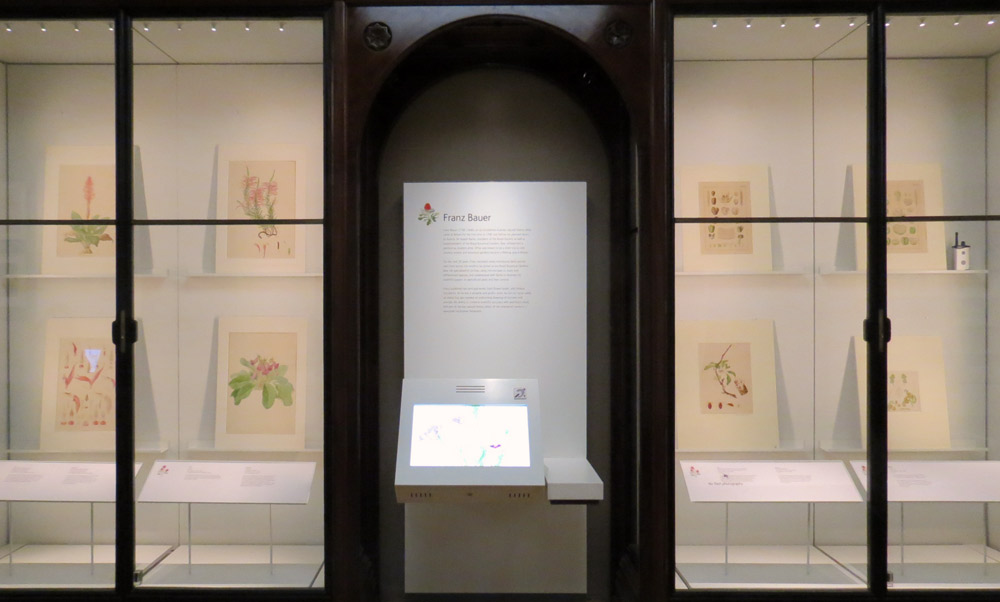 The Franz Bauer section of an exhibition of botanical artwork in the permanent collection of the Natural History Museum in London. Part of "The Bauer Brothers: Masters of Scientific Illustration" exhibition until February 2017 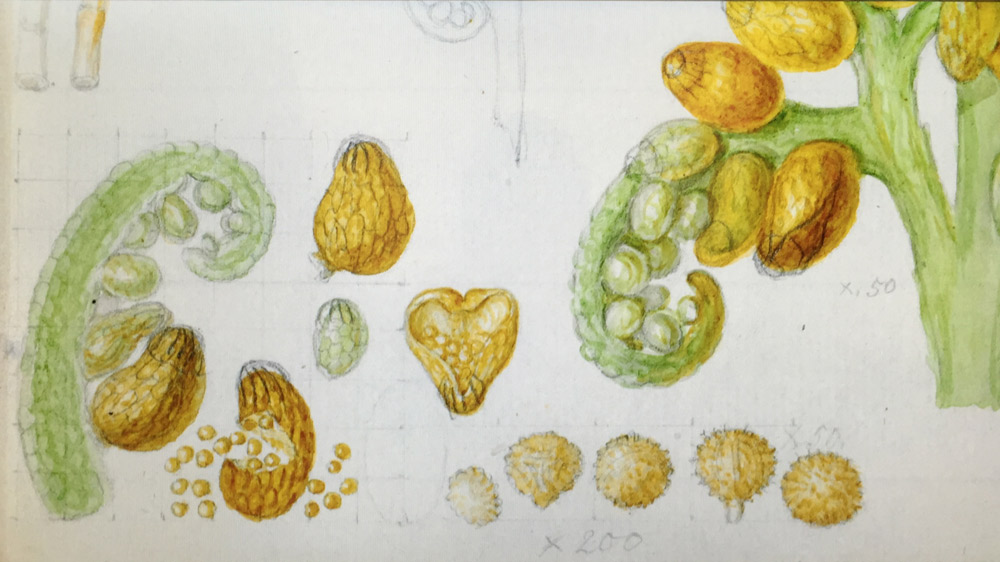 This is an early botanical illustration Ferns by Francis Bauer - as seen on the digital interative display in the "The Bauer Brothers: Masters of Scientific Illustration" at the Natural History Museum - See more at: http://www.nhm.ac.uk/visit/galleries-and-museum-map/images-of-nature.html#sthash.gS1ZyCLh.dpuf"
The Bauer Brothers: Masters of Scientific Illustration in the Images of Nature Gallery at the Natural History Museum (7 November 2015 - 26 February 2017) included a digital display of some of his drawings. These could be magnified and moved around on the viewer, allowing you to see very clearly the extent of magnification he used to draw some of his specimens. The large image above includes magnifications of x50 and x200 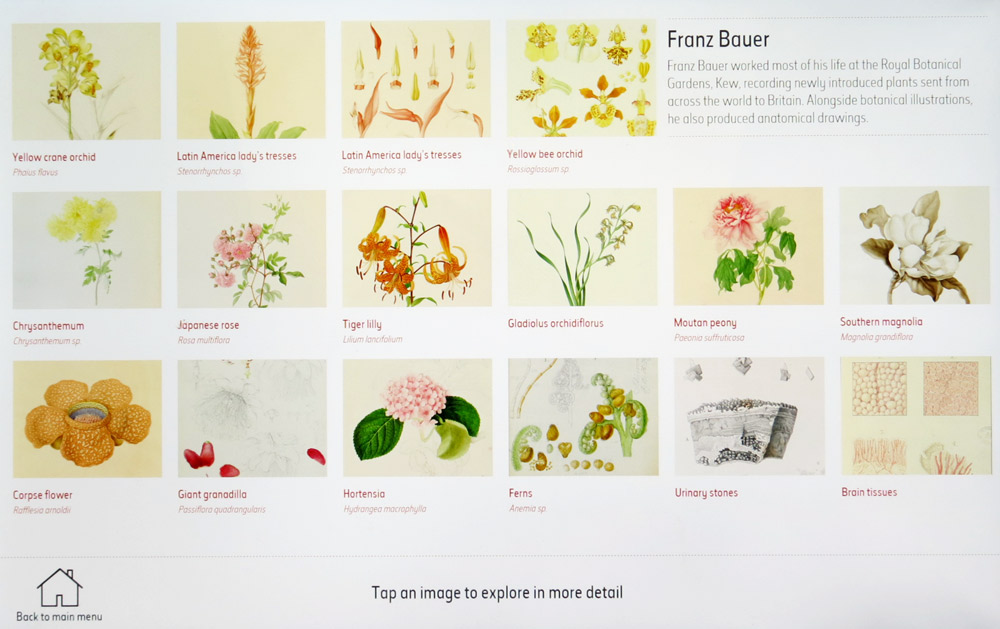 These are the images by Franz Bauer that you can view using the digital display in "The Bauer Brothers: Masters of Scientific Illustration" exhibition at the Natural History Museum in London. You tap the screen to select the image you want to see and you can then move the image and magnify what you can see. 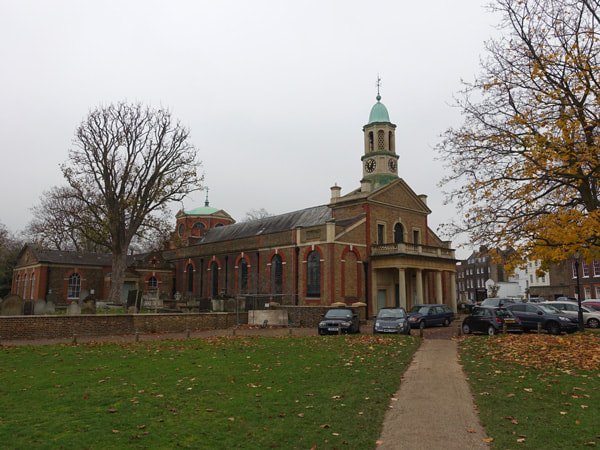 St Anne's Church, Kew Green - viewed from the path to the Herbarium
More Past Masters of Botanical Art & Illustration